Volunteering / work opportunities for 2018 are now open. If you would like to be involved  please email your CV or leave your contact details.

Craig was born in Plymouth, Devon. From the age of 4 he spent the majority of his youth in the woodlands in and around Dartmoor National Park. This is where he began to learn his Bushcraft skills and his passion for Aboriginal cultures began. He now specializes and is an authority in Native American arts and crafts, indigenous skills their culture and primitive technologies. As a young scout his interests moved towards living history (fur trade), where he learned new skills and continued to expand on his knowledge. Eventually he began
to  teach these skills and Craig now has over 30 years experience and within this fields. Craig’s interests and passions have taken him around the world. The majority of Craig’s skills are self-taught with his expertise he has used his skills in a number of real life situations.

Craig has now came full cycle and now lives and works from his home in Plymouth
where he teaches and demonstrates these skills to Schools youth groups and all people who share an interest in the outdoors. Craig also sells his artwork and craft work to the general public, internationally.

Craig’s aim is to pass on his knowledge to all generations in order to give them a greater understanding of themselves, the outdoors and the world around them.

Want to know more about Craig? Then read on!

” It was the image below that changed my life. I found this book on the shelf in my first class in primary school when I was 4 years old. I couldn’t read then but I wanted to recreate what I had seen. I did but I used the wrong stones!” 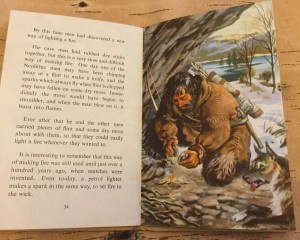 Throughout Craig’s life, Bushcraft skills have been the underlying force of a lifetime of studies, exploration, experiences and a driving passion love for the natural world. With  all fields of the vast subject of what is now referred to as “Bushcraft”.

Craig, with his family, would spend the weekends walking and visiting Dartmoor National Park. They would venture out to see old settlements and learn directly from the people he met.
Craig’s passion and interest in Bushcraft began in primary school, when he moved from an urban area to a more rural setting. Craig spent his early years playing in the local woods building shelters, lighting fires, making bows and arrows, learning about the plants and trees he encountered. His interest and passion for indigenous first began at the age of 9 years.

Craig’s skills are entirely self taught & he would “learn by doing”, something that he encourages with his students to this day. At the age of 10 years old he bought a copy of “The survival handbook” by Ray Mears. The book changed his views and understanding of nature and became his most valued possession. 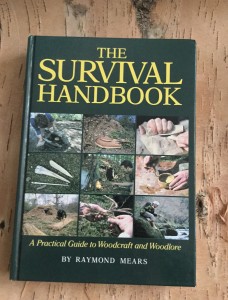 ” I followed my brother into our local Scout group. Our troop was always very active, out on Dartmoor learning survival skills from our leaders. Our leaders were all ex- forces and were a true inspiration to me.”

Re-enactment
During the time within the scouts Craig began to become involved in re-enactment (fur trade of North America). At the age of 13 he made his own hand stitched canvas Tipi together with making all of his own costume and accoutrements for his camp.

He would spend the school holidays & weekends away living in his Tipi at living history events. It was during that period in his informative years where he honed the majority of his Bushcraft skills. Included, brain tanning, quillwork, bow making, birch bark work and pattern making, which are the fundamental outdoor skills associated with the North American fur trade material culture.

Art College
Craig studied metals & ceramics at college where he learnt forging, ceramics and his trade as a jeweller. During this period he would take friends out to showing them the local areas camping showing them wild foods and spending extended periods in the woods learning new skills and improving/maintaining old ones.

Re-enactment, working in Black Jack Oaks
Craig moved from Plymouth to Southampton to work in a shop that specializes in all things from Native American culture and the fur trade.

” Black Jack Oak’s shop was truly something else, an emporium of all the things I loved and a real eye opener to a wider world. John Goater, owner of the shop, taught me so much about Native culture and encouraged me to learn and explore the world.”

Part of the business were the living history rendezvous’ which were held in a small woods south of Romsey. On the site was an old fur trade fort built on the edge of the woods. Where visitors would camp under canvas and wear period clothing. A part of Craig’s job was to organise and run living history events, together with making handmade historically accurate jewellery and other commissions for costume, museums, and private clients. Craig met Edgar Baptist (Cree Chief) of the Red pheasant reserve Canada.

Craig returned to his home territories around Plymouth. He completed a HND at Plymouth University studying metals and glass and he expanded his skills in forging, casting & jewellery making. At the same time Craig continued to improve and advance his Bushcraft skills in the forests in and around Dartmoor National Park. He took his friends outdoors, teaching/ guiding them in wilderness living.

Craig has lived for extended periods in woodlands within the UK, from the coast to the Lake District, Scotland, Wales, and his home in the South West. The UK being Craig’s favorite place. From his travel a life study of indigenous cultures. Craig now has a greater understanding of our own indigenous past.

Craig Grant Bushcraft Survival
When Craig returned to Plymouth from Australia in 2006 he began to set up his own practice in teaching wilderness skills. Craig has worked with schools, youth groups, museums, various organisations & private clients, providing training together with promoting conservation, self-awareness, self- reliance and more.

As an artist Craig produces arts and crafts associated with bushcraft. He sells his work internationally and is recognised as a master craftsman by his peers, and has written a number of articles for “The Bushcraft Magazine”. Craig is currently working on his first book focusing on First Nations Bushcraft skills of the Northern hemisphere.

Craig recently visited the six nations of the Iroquois, where he will be working with First Nations teaching wilderness living skills and traditional crafts.
Craig is committed to conservation, education, encouraging creativity by teaching and passing on   skills .  He teaches from his local forest in the South West, together with working freelance around the UK and North America.

Craig’s work and message is supported by a number of organisations committed to conservation within th United Kingdom.

“It is my mission to encourage & pass on these human skills to all that are interested. To reinforce the links with the natural world we are part of & to give future generations a greater understanding of our origins. “Bushcraft unites us all as human beings.”